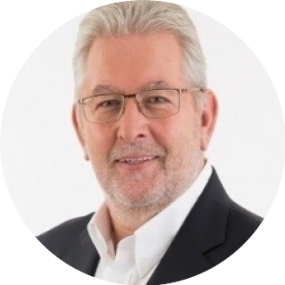 John joined UTAC in October 2012 with more than 30 years of experience in the semiconductor industry.

From 2007 to 2012, John was the Executive Vice President and Chief Operating Officer of ON Semiconductor. He oversaw the company's world-wide manufacturing, quality, world-class supply chain and information technology operations. Under his leadership, the company doubled its revenues to US$3 billion. He successfully streamlined its global manufacturing operations which included the consolidation of numerous front-end and back-end facilities and the integration of nine corporate acquisitions which involved complicated broad-scope production transfers.

From 2002 to 2007, John was the Chief Executive Officer of 1st Silicon, a wafer foundry in Malaysia.

He successfully built up a diverse customer base and turned the business to breakeven. John was instrumental in selling the company to X-FAB Foundry.

John has a Bachelor of Science degree with honours and a Ph.D. in physics from the University of Ulster, Northern Ireland.